Home / Introduction / What is Dengue

Dengue is an illness transmitted by mosquitoes, which causes sudden high fever, severe headache, pain behind the eyes, muscle and joint pain, rashes and bleeding in some cases.

Dengue Fever and the more severe form Dengue Haemorrhagic Fever and Dengue Shock Syndrome are the most common and widespread mosquito-borne viral diseases in the world.Dengue is found expecially in tropical and subtropical reagions of the world.

The geographical distribution of dengue is linked within the temperature range where the mosquito species Aedes that transmits the disease can be found.Dengue Fever is caused by four (4) closely related virus types, which is called serotypes. The four Dengue Virus (DENV) serotypes are DENV-1, DENV-2, DENV-3 and DENV-4.

How is Dengue transmitted?

Aedes aegypti is a small mosquito with a white ‘U’ shaped marking on its head and banded legs. They usually bite indoors and prefer to lay their eggs in man-made containers. These containers may include water storage containers, flower pots, discarded tires, plates under potted plants, cemetery vases, flower pots, buckets, tin cans, clogged rain gutters, ornamental fountains, drums, water bowls for pets, birdbaths, etc. The eggs of Aedes mosquitoes are able to withstand desiccation, and are also known to be resistant to subfreezing temperatures, wherein allowing it to survive long periods and increasing its efficiency for spread.

Aedes albopictus is a small dark mosquito, which is also called the Asian tiger mosquito. It has a white stripe on its back and banded legs. Mostly found outdoors and prefer to lay their eggs in natural containers like treeholes and plants.

The dengue virus is spread through a human-to-mosquito-to-human cycle of transmission. When a dengue mosquito bites someone who is sick with dengue fever, that mosquito is infected and becomes a carrier of the virus. Mosquitoes are capable of spreading the disease within 8-12 days after biting infected person.

The virus will multiply in the salivary glands of the mosquito and then transferred into a healthy human body during mosquito bites. Female mosquitoes infected with dengue virus can also transfer the virus to infect its eggs next newly hatched mosquito.

What are the signs and symptoms of dengue?

After being bitten by an infected dengue mosquito, it usually takes between 3 to 14 days to start experiencing symptoms. Common symptoms of dengue fever include: sudden fever and extreme tiredness, intense headache (especially behind the eyes), muscle and joint pain, loss of appetite, vomiting, abdominal pain, rashes or minor bleeding from nose and gums.

Fever may reach temperatures of 40-41 C, and usually continues for two to seven days. It can also cause seizures in children under the age of 6 years. The rash usually appears on day 3 and 4 after the onset of fever.

Dengue fever symptoms affect everyone differently. They can range from mild, and can even go unnoticed, to very severe and potentially fatal. Complications of dengue, which is usually associated with severe dengue, may include shock (collapsing due to internal fluid loss) and haemorrhage (heavy bleeding) and sometimes death.

What are the clinical stages of dengue?

Dengue illness begins abruptly and is followed by 3 phases: the febrile, critical and recovery phases. During the acute febrile phase that usually lasts for 2 to 7 days, there is a sudden onset of rapidly rising fever. This is commonly accompanied by backaches, myalgia, arthralgia and retro-orbital headaches. Patients may also present with a measles-like generalised rash or bleedingtendencies.

The critical phase lasting for 1 to 2 days occurs when the fever decreases and is distinguished by a rapid drop in temperature. Patients at this phase are at risk of progressing to the severe forms of the disease. This phase coincides with varying circulatory disturbances due to an increase in capillary permeability. In less severe cases, where these changes are minimal, most patients will recover spontaneously.

A subset of patients may progress to the severe dengue (Dengue Haemorrhagic Fever and Dengue Shock Syndrome), which may be fatal. The onset and early phase of severe dengue is identical to that of Dengue Fever, however shortly after onset, the patient rapidly deteriorates, developing signs of diffuse capillary leakage, hemoconcentration, and hypotension leading to hemorrhagic manifestations and circulatory failure. With supportive treatment consisting of fluid and electrolyte management, most patients progress to the recovery phase.

What is severe dengue?

Temperature will decrease; this does NOT mean the person is necessarily recovering. On the other hand, special attention needs to be given to these warning signs as it could lead to severe dengue:

When severe dengue is suspected, the person should be rushed to the emergency room or to the closest health care provider as it causes plasma leakage that may lead to shock and/or fluid accumulation with/without respiratory distress, and severe bleeding and severe organ impairment.

There are 4 types of the dengue virus that cause dengue fever (DENV-1, DENV-2, DENV-3 and DENV-4), hence, it is possible to get dengue fever multiple times. Persons infected by a particular dengue virus serotype will become immune to that type of dengue virus, however they can still get sick from the other types of dengue. Being infected subsequently by a different type of dengue, even years apart, increases the risk of developing severe dengue. Severe dengue causes bleeding and shock, and can be life threatening.

How is dengue diagnosed?

Dengue test is a test that is performed to confirm a patient has been infected with the virus that causes dengue fever. Laboratory tests are very helpful in the diagnosis of dengue fever and also used to monitor the progress of patients infected by dengue.

Antibody test is ablood tests that detect antibodies (Dengue IgMantibody and IgG antibody) in the blood. These antibodies are produced by the immune system of the infected person to fight the dengue infection.

IgG test is commonly used to determine secondary dengue infections as it has a higher chance to progress to severe dengue. IgG antibodies usually remains for life after a dengue infection, The antibody tests can either be done as a rapid test (rapid test kits) which takes less than an hour to perform and can be done at a clinic, or by ELISA test which requires laboratory facilities and may take longer to perform.

The NS1 antigen test also can either be done as a rapid test (rapid test kits) which takes less than an hour to perform and can be done at a clinic, or by ELISA test which requires laboratory facilities and may take longer to perform. Antigen detection test is found to be important in the early phase of dengue infection can be detected as early as the second day until the seventh day after onset of fever.

In most hospitals, routine laboratory tests are conducted to monitor the progress of dengue patients. These tests include; testing for blood clotting (coagulation tests) and a full blood count (Full Blood Count).

How is dengue treated?

Currently there is no specific vaccine or medication to prevent or treat dengue fever. Treatment is purely concerned with relief of the symptoms (symptomatic). Rest and adequate hydration is important. Paracetamol can be taken to reduce fever and relieve pain. Avoid aspirin in children under the age of 12 years. The use of Antibiotics is not indicated in dengue infection.

How Can Dengue Fever Be Prevented?

The transmission of the virus to mosquitoes must be interrupted to prevent the illness. The prevention of dengue requires control or eradication of the mosquitoes carrying the virus that causes dengue.

These includethe eradication of mosquito breeding grounds (stagnant water), bite protection by using mosquito repellents when outdoors during daytime, wearing light-colour clothing and long sleeves and long pants when out of the house, installing insect screens on doors and windows, the proper use of insecticides and the use of mosquito nets.

The only way to confirm a dengue fever diagnosis is with a blood test. See a doctor immediately if you think you may have dengue fever. Early diagnosis is important to reduce the risk of complications and avoid further spread of the virus. 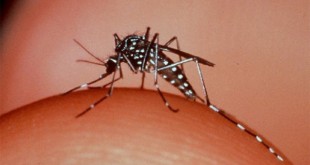 History and Epidemiology of Dengue